PREV
LIST
NEXT
2019-07-09
Tipsy/Microphone, the most eye-catching "alien" ex
Global Resource Consumer Electronics Show reporters do not need to do more introductions (the world's largest/largest exhibition number of 6600/attendance of more than 60,000 large-scale electronic exhibitors activities) 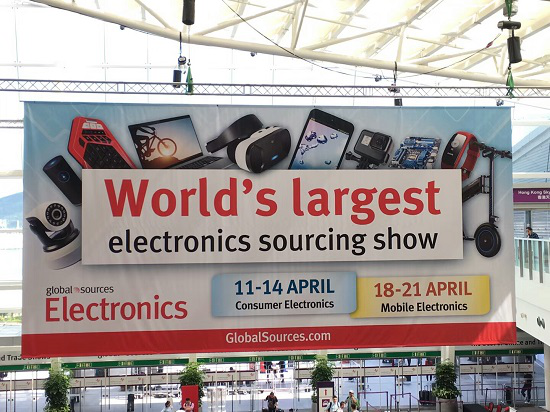 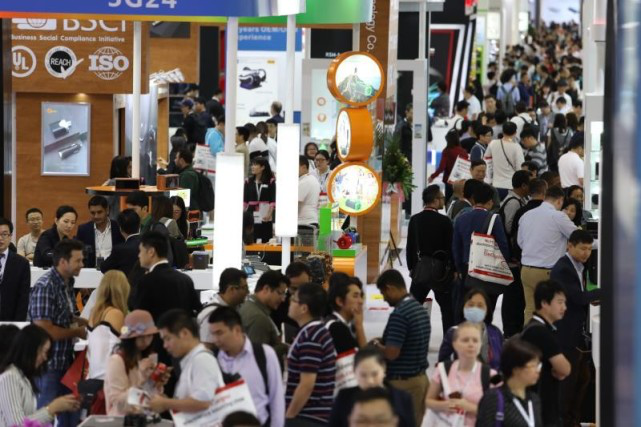 (crowded crowds at the exhibition site)
According to the reporter, portable digital products are rapidly developing and updating, but the types and functions of headphones are becoming more and more diverse. Walking around the exhibition, you will find many headphone exhibitors. Reporters walked about 15 minutes, has seen more than 20 headphone brand exhibitors, category are mainly wireless Bluetooth headset. Among them, some exhibitors also know that the current market of electronic headphone products is large and the competition is extremely fierce.
What is interesting about this exhibition is that the reporter found a very eye-catching booth among the promoters of "Creating Hotels". It looks like Tipsy/Microphone, a headset exhibitor of "candy". 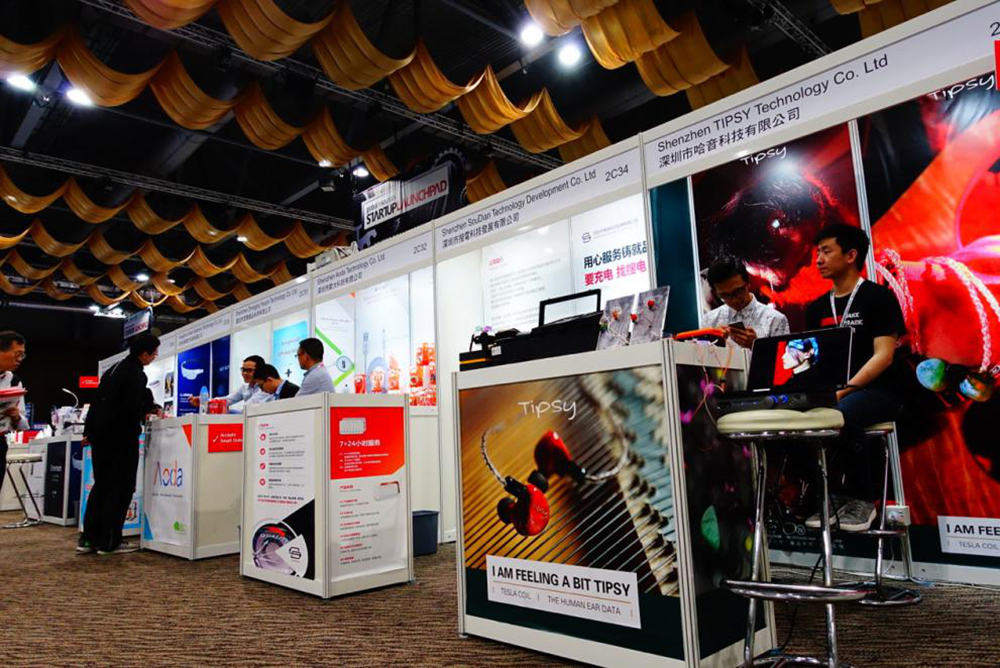 (The posters show that the exhibitors can find them at a glance.) 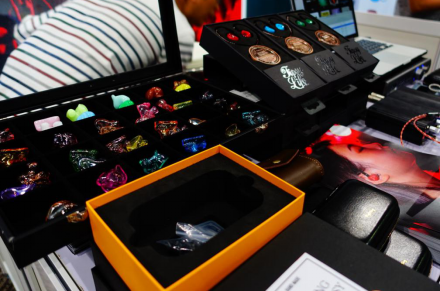 (There are colorful candy "Tipsy microphone" on the counter of the exhibition area.)
It is believed that many buyers who have passed through the exhibition are confused about the products of this exhibition. If they do not consult, they really do not know what they are displaying. Reporters observed for several minutes, and many foreign buyers came to this "candy" exhibition area and asked "What is it?" 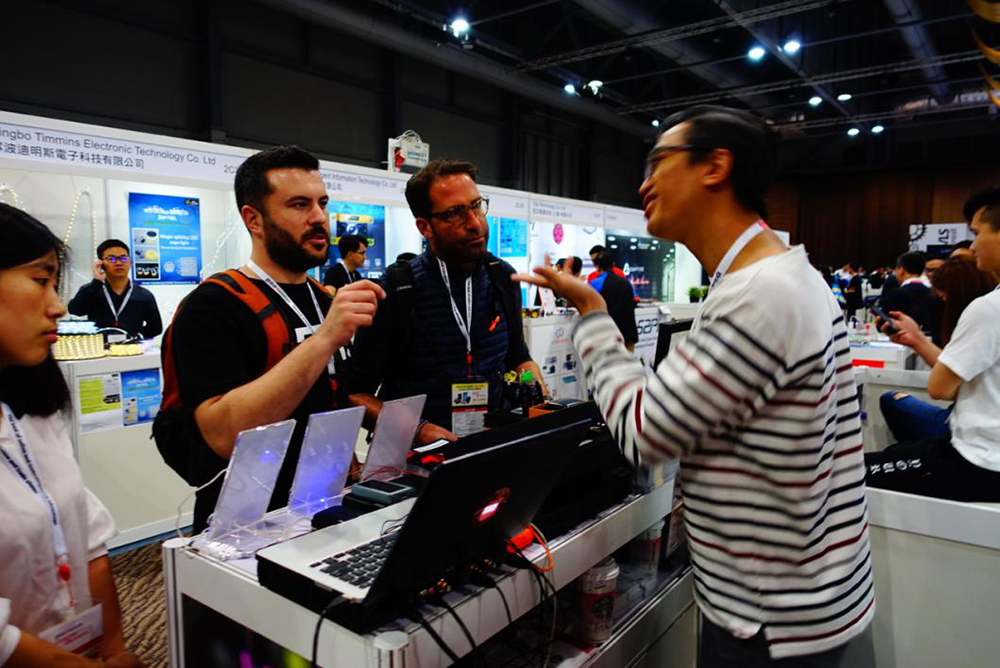 
According to our knowledge, Tipsy team originally wanted to customize a personal stage listening earphone for singers, friends and band musicians in the music industry. With the addition of a well-known cross-border artist (responsible for product appearance creativity), Tipsy/Microphobia finally established its own headphone brand. The invitation to participate in the exhibition is also based on the success of a public fundraising event in Beijing and East China at the end of last year (2017). 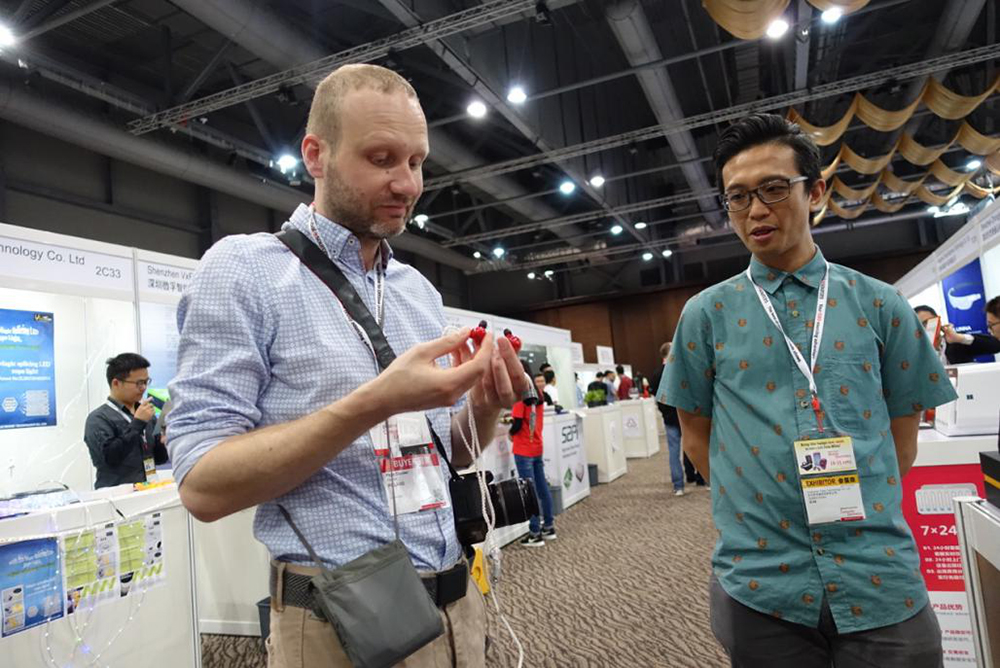 (The French buyer, who used to be a recording engineer, was very surprised to see such products at the Consumer Electronics Show. After listening, he was very satisfied and expressed his intention to purchase from the company.) 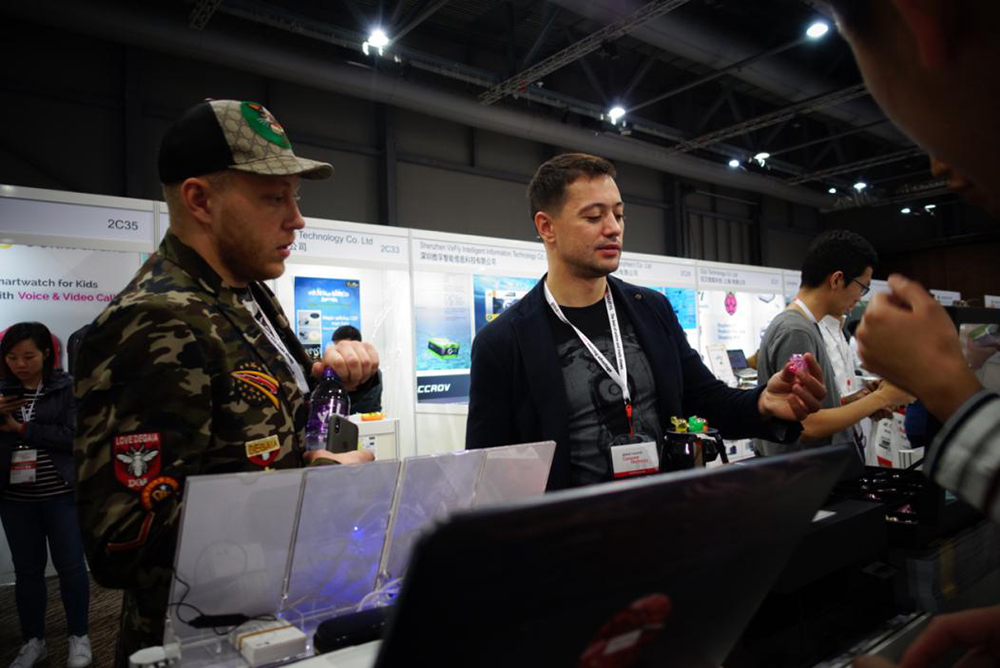 (Two buyers from Russia are making inquiries with sellers) 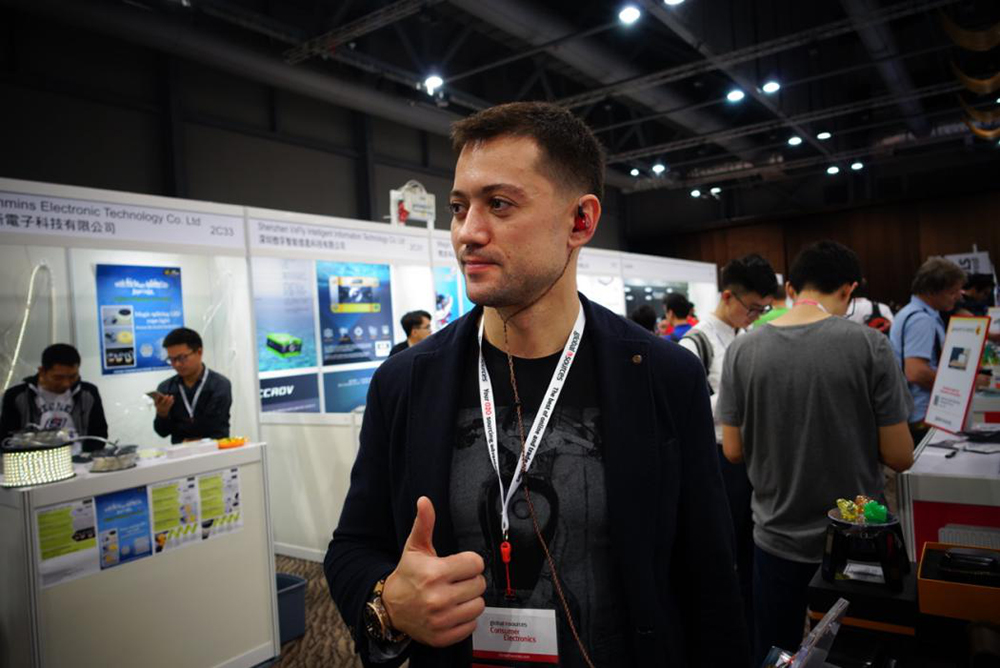 (After listening, he asked his companion to take a picture for him.) 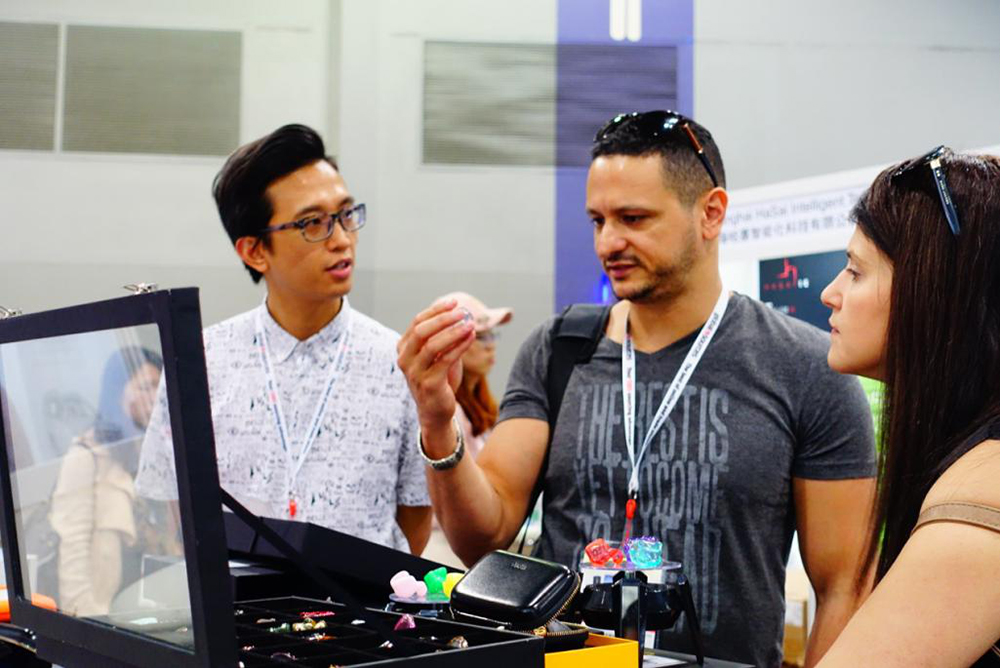 (Two buyers from the U.S. e-commerce platform stayed for about 30 minutes to get a detailed understanding of the process details of headphones.) 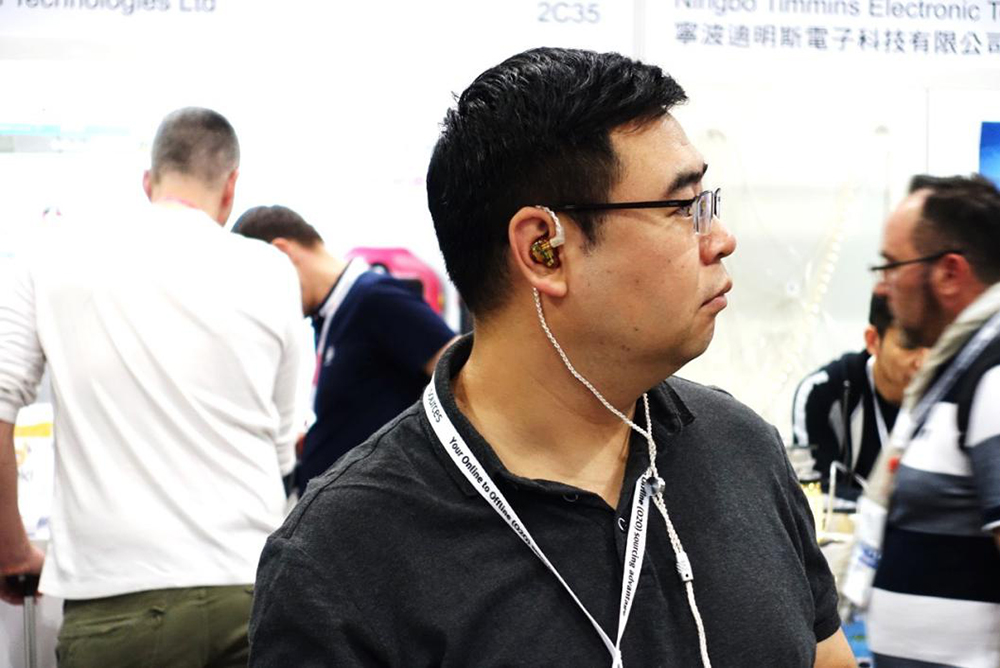 (This is a headphone enthusiast from Hong Kong who tried out Tipsy's first new product: it is said that small headphones are equipped with five unit speakers.)
Before leaving, the reporter made a brief interview:
Reporter: Why are you participating in this electronic exhibition? It feels like you are non-electronic products.
Masan: Because Tipsy was invited to the exhibition, and the term "creator" attracted me. I was too tired to do research and development a few days ago, so I went out by the way.
Reporter: What are the difficulties in making this type of headphones?
Masan: The difficulty lies in the process and material control. There will be a certain scrap rate in the production process.
Reporter: Is the quality of headphone sound debugged by you?
Masan: Not exactly. There are several other good performers in the music and performance industries. Come together, I believe the voice will be more accurate and correct.
Reporter: Has there been any after-sales problems that are difficult to solve?
Masan: I'm sure there won't be too many problems as long as we have a good grasp of the process in advance. At least we did not have a buyer who returned the goods in the crowd-sourcing batches last year (2017). Of course, small problems will inevitably exist. As the brand side, first of all, do not consider the cost, just replace it, and we bear the freight back and forth. We also send small accessories to users according to their needs. Everyone is happy. So our after-sales service has also been praised and reassured by a large number of customers.
Reporter: How to cater to the market? It's obvious that you are already "different" at this exhibition.
Masan: The first is price. Quality determines cost. Nobody wants to make a long-term loss, so they won't compromise from the price. Second, we will launch a new product line, more suitable for popular music enthusiasts. Popular point is suitable for mass production technology, has certain pursuit of sound quality, and the price will be more close to the people. I believe Tipsy microphone will make you like it.
Reporter: Did you go to other booths to see how you feel about the global resources electronic exhibition?
Masan: Of course, but I like the Creator Show best. There are many new and interesting products. Just saw the "chicken-eating" special mobile phone shell over there, and immediately wanted to buy one, unfortunately the exhibitors did not want to. The exhibition organizers give me the feeling that they are very professional and efficient.
Journalists are not professional headphone players, nor can they make too many professional comments. If you are interested in friends, you can continue to pay attention to the development and update of TipsyEars.
Share with you some pictures of Tipsy / Microphone as the end of this journey. 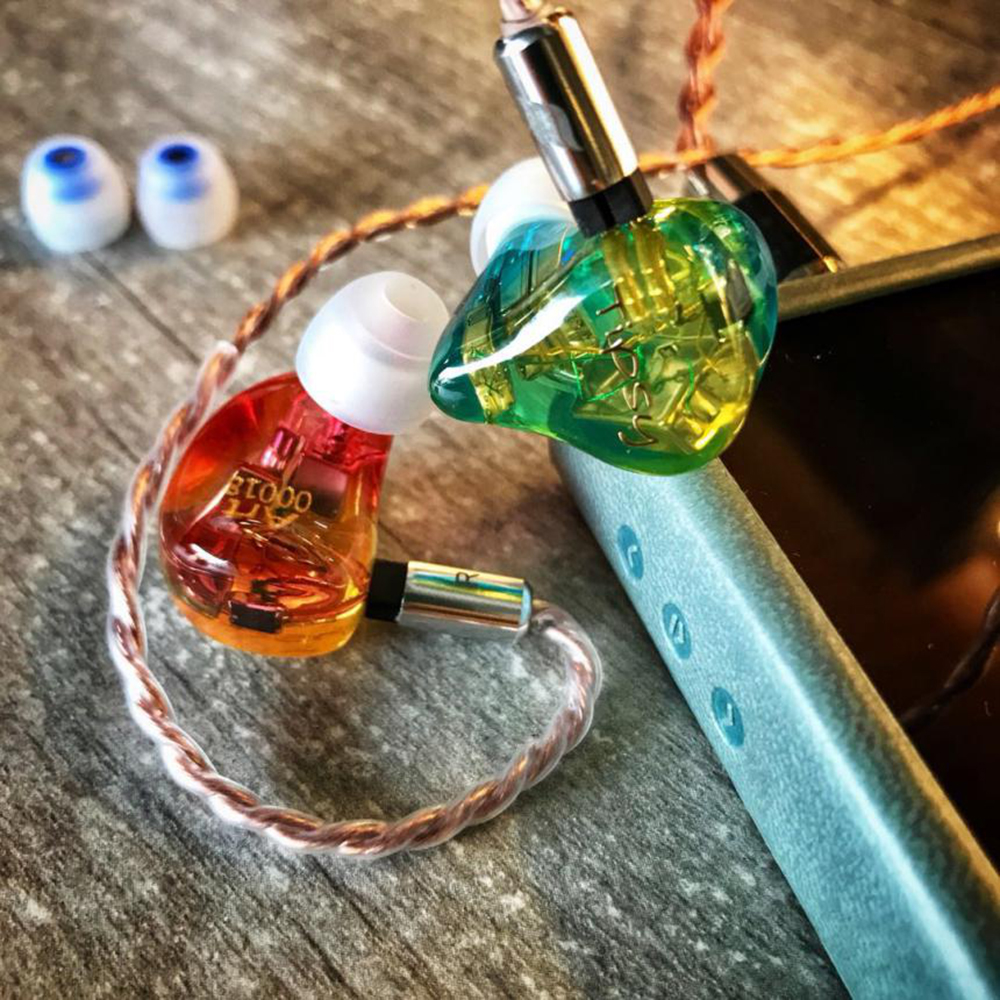 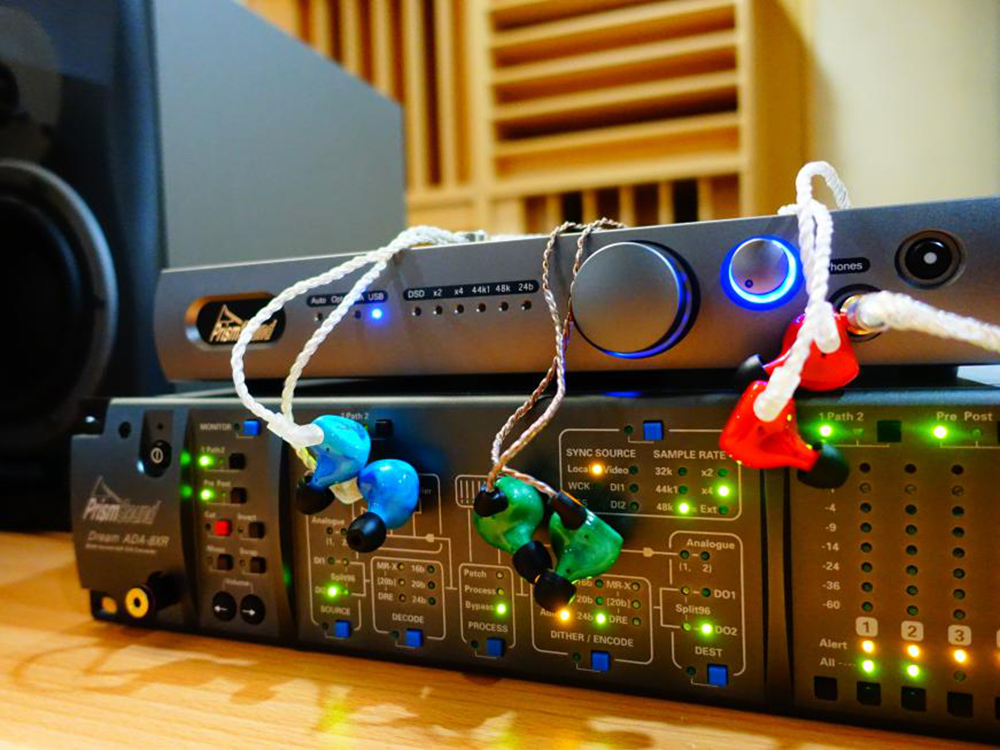 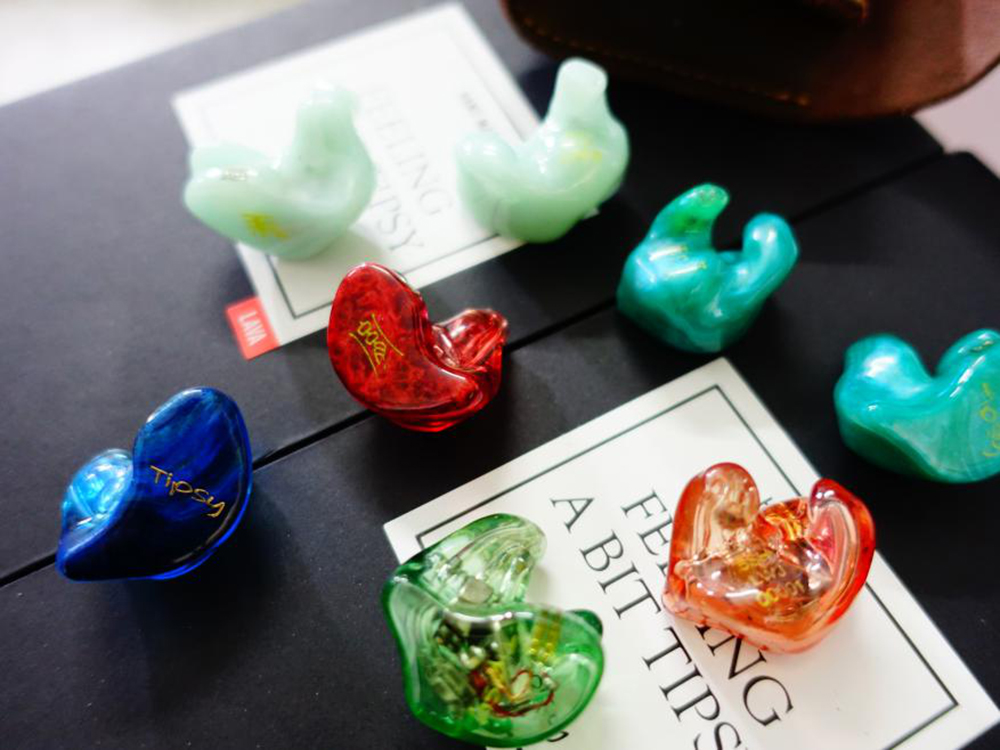